Why Don't You List the AH Rating on the Scorpion Stinger Batteries? 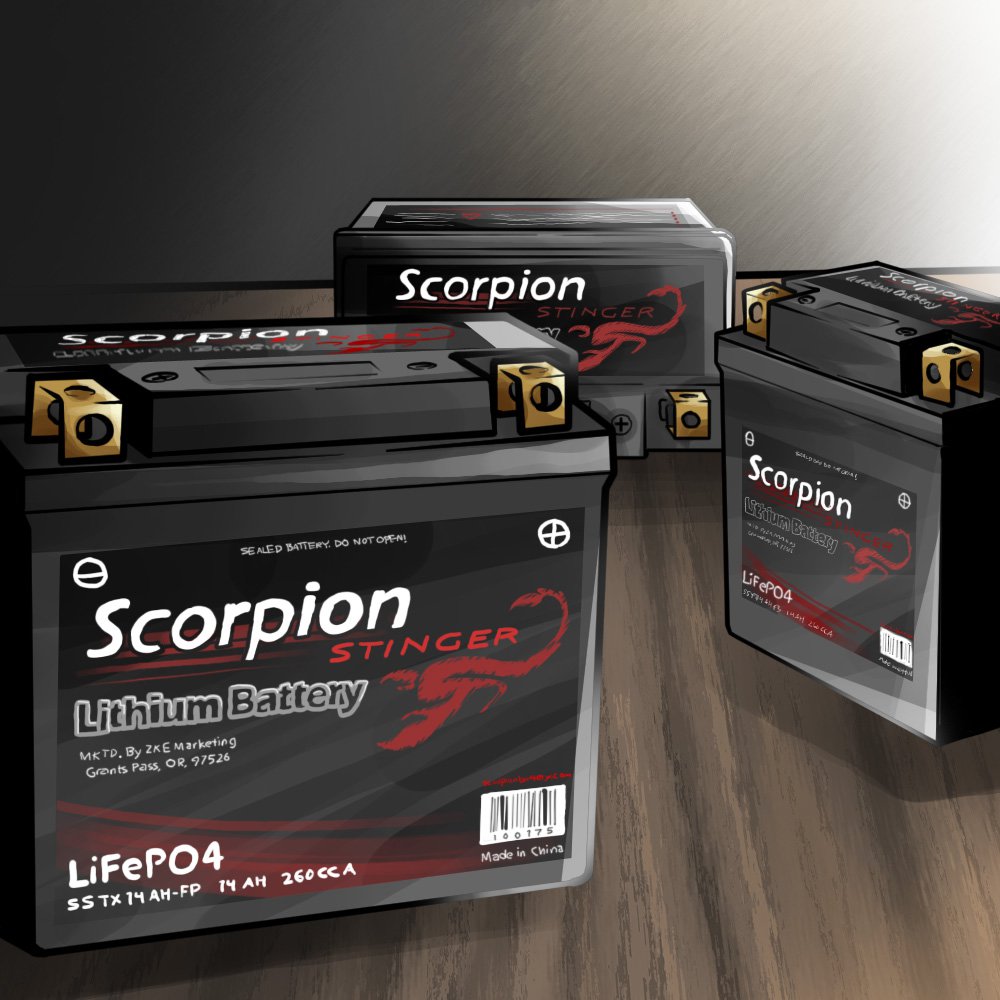 This question has a very logical answer, but is a little hard to explain. Because these are LiFePo4 batteries that are able to use up to 96% of their actual capacity, rather than the typical 40% for starting lead-acids or up to 80% for deep cycle, it gets very difficult to communicate capacity in a market that is dominated by lead acid batteries. Some manufacturers have decided to deal with this issue by rating their batteries AH rating as a "Lead Acid Equivalent". While this does make some sense, it is neither accurate nor practical. I'll explain.

Rating a lithium battery in "Lead Acid Equivalent" is also not practical. There are a couple of reasons that this is true.  As I mentioned before, lead acid batteries have a variety of applications, and for each application there is a different 'type', or construction, of lead acid battery to meet the application.  Lithium batteries do not function the same way. Unlike lead acid batteries which are under the Peukert Effect, lithium batteries can be used up to 96% of their real capacity every time, in a little or as much time as it takes to do so, with very slight exceptions.  So, for an application like running an electric bike or powering a portable sound system, the same exact lithium cells can be used as are used to crank an engine.  The problem arises when someone purchases a lithium battery that has been equivocated to a starting lead acid battery, and uses it for running an electric bike and finds out that the rated AH of 10 AH does not run their 1 amp motor for 10 hours.  So, in other words, the exact same lithium battery could have a different AH 'lead acid equivalent' rating depending on the lead acid battery used to compare it to.  I.E. "Lead acid equivalent" is a relative rating with no real standardized plum line and can be extremely misleading.

Because of the appearance of mis-information that the "Lead Acid Equivalent" rating can give, some of the other lithium manufacturers have chosen to rate the 'true capacity' of their lithium batteries instead.  While this is great for people who are using these batteries for running motors, lights, fans and other deep cycle applications, it is not helpful for those starting engines.  If Scorpion advertised a lithium battery than can easily spin over bored out V-twins, but is only listed as having 8.5 AH, people begin to get very confused.  The lead-acid they pull out is listed as having 28 AH, so the must be no way that a 8.5 AH battery could possibly be enough.  This leads us to how Scorpion has rated their batteries.

Scorpion Battery was faced with this dilemma.  Either rate these Stinger batteries in an easily understandable "Lead-acid equivalent" that is not truly accurate, or rate them in a confusing 'real-capacity' that has no real bearing on the real world power sport experience.  So they found a third option.  Scorpion decided to not rate their batteries in AH ratings at all. Instead, they graph out the real performance of the batteries, side by side the best lead-acid and lithium batteries on the market.  This gives you, the user, the confidence to know in a real world kind of way, exactly how much starting power your Scorpion Stinger has, without giving an confusing and seemingly inflated number, or a confusingly low number that is not practical.