Testing Your Battery for Parasitic Load 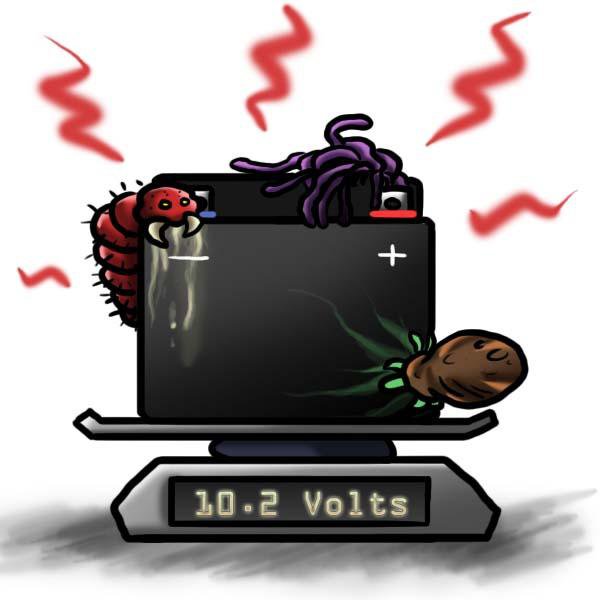 Testing a system for current drain

To check if something is draining your battery while your bike is turned off you need to test for current, not volts. To do so, do the following:

Switch your Digital Multimeter to DC AMPs. Amps is usually indicated by an "A" on the Multimeter Switch. AC is usually shown as a "~" symbol and DC shown as a "-" symbol. You usually have to move the Multimeter positive lead to a separate socket on the Multimeter. Sometimes there are 2 sockets, a high range and a low range. Always test on the highest setting first. For example: high setting on your multimeter may be 10 Amp. Test on the 10 Amp setting first, then if the current drawn is less than your Multimeter Low setting, move to that setting and keep testing. In my example my Multimeter low setting is 0.3 Amps. Also indicated as 300mA (mA x 1000 = A).

WARNING! Once the multimeter is on Amps do not connect it directly across the battery and do not hit the starter button while testing for current Amps. This will cause the internal fuse in the multimeter to blow! A multimeter set on current is a very low resistance, almost a short circuit and will draw as much current as your battery will supply till something melts. Always plug the Multimeter leads back to volts when you have finished testing to avoid blowing the fuse next time you use your multimeter.

To test for battery drain: Switch everything off on the bike. Disconnect just one battery lead. For example disconnect the Positive Battery Lead. Set your Multimeter to Amps as described above. Connect the Positive Multimeter Lead to the Battery Positive terminal. Make sure the Positive Lead you removed from the battery does not touch anything grounded, like the Bike frame etc…. Connect the Negative Lead from the Multimeter to the Positive Lead you removed from the Battery. You should now see current drain measured in Amps. Move to the lower Amp setting on your multimeter if the current is lower than the setting on the Multimeter Low setting. Start to unplug the wires or fuses around your bike and see if the current reading goes to zero. This will point you in the direction of the current thief. You can convert to Power measured in Watts by multiplying it by the Battery Voltage. Power = Volts x Amps 4.2Watts or (12Volts x 0.35Amps).