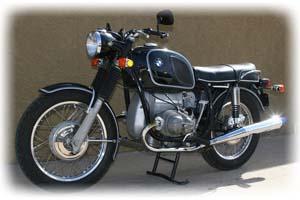 Originally introduced in 1969, the 1970 R60/5 continued the new /5 series of BMW motorcycles with great success.  While this air cooled 599cc boxer twin was made for only 4 short years, 22,721 of them were sold.  This bike, while admittedly dwarfed by modern technological improvements, brings back a nostalgic air of dignity to riding, and with 40 horses pulling you along at up to 103 mph, you can cruise along today just as smoothly as in 1970. Try riding and not smiling at the same time- I dare you.

Batterystuff.com is the leading provider of replacement 1970 BMW 600cc R60/5 Motorcycle batteries. No one in the industry can match our wide selection and superior customer service. Whatever your need, we have the replacement batteries that will meet your expectations.