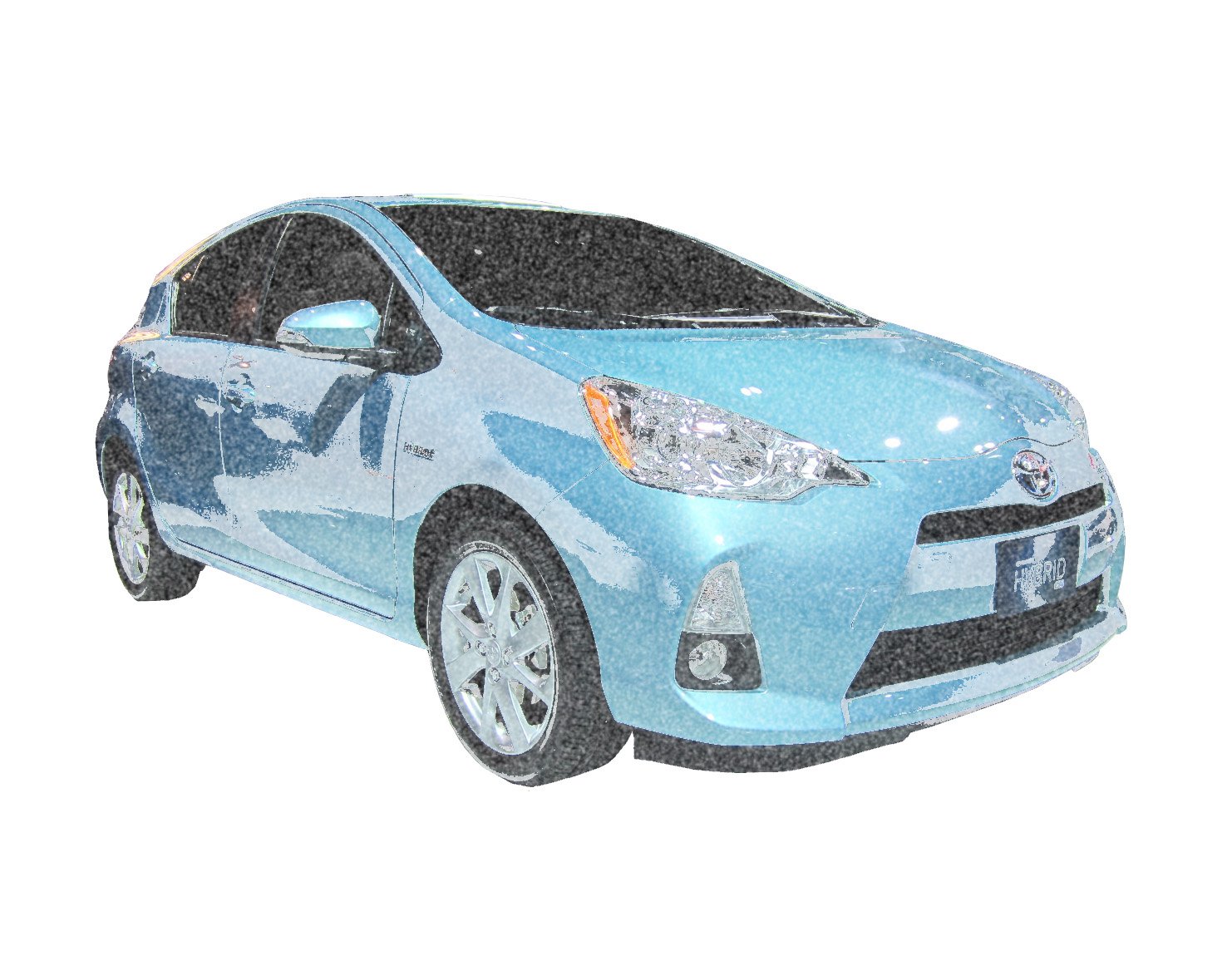 With people that own more than one car it is pretty standard fare that their cars get nicknames. It is not a rule or anything, but for some it helps keep track, personalizes them and makes them “theirs”. Everyone knows of the infamous Chrysler named Christine, or land speed record holder called the “Blue Flame”. Heck, there is a website that lists the top 300 car nicknames, most of which are based on attributes of the car. Now, if you are a guy, and you name your car “Brad”, you are likely to have your man card pulled. But calling your Corvette ‘The Vette’, calling your 76 Pacer ‘The fishbowl’ or calling your Ford a tow truck just makes sense. OK, just kidding on the Ford one, but you know where I am going with this.

On that note, with the flying of snow and the onset of winter, my wife’s Prius gained a new nickname. Before I tell you that name though, I must say that my wife loves her car.  I would even go so far as to admit that it drives really well, is pretty comfortable, and the gas mileage is to die for. Truth be told, it’s awesome MPG helps me keep my gas guzzling Motorcycle hauling 4x4 van on the road by offsetting our monthly fuel bill. For the things it is good at, getting groceries, hauling the kids to school, passing gas stations and driving slowly in the left lane, it truly excels. But boy o boy, what it is bad at, it is really, really bad at.

We had a record amount of snow this last week, and for the first time in the history of forever I had to plow my driveway. This is not a garage to curb kind of driveway, it is more of a ¾ mile long winding road with ups and downs. It was also covered in 16 inches of snow and ice, so anything that was not 4x4 with big tires has not moved in a while. Looking to change the paradigm, I plowed the road and then made a brave but misguided attempt to drive the Prius to work so my wife could drive the Jeep. The master plan was to swap cars at work so my wife could take the kids to school and run some much needed errands around town.

I’ve got to tell you that this plan slipped sideways faster than, well, a Prius on Ice. One of the modern ‘safety’ functions of the Prius is traction control. Essentially, traction control works by momentarily cutting power to a spinning wheel, and sending it to a non-spinning wheel. I am sure this works great in the design studio of some engineer, somewhere, but theory is a fickle master. In the case of the Prius power is continually cut to reduce wheel spin until all power is finally stopped, and as there is no TC on/off switch in this car, forward progress is quickly defeated. In that moment the car ceases all forward propulsion, and no amount of slapping the accelerator petal to the floor will induce it to do otherwise. It just sits there, silently mocking you, no noise emanating from the car except from the nut attached to the steering wheel uttering unmentionables.  Ask me how I know. And all of this in the name of “Safety”.

Which is how this car, my Wife’s lovely Prius has come to be known henceforth as “Stupid Little Car”.

As much as it may seem, this is not a rant about a much loved, sometimes despised Stupid Little Car. No, it is an observation that the more automated things become, the more ‘safety’ features are added and the more human input that is removed from the equation, the more helpless we become when things get difficult. When the going gets tough, the tough can no longer get going because things are increasingly mandated out of our control. Now, don’t get me wrong, I wear a helmet when I ride my motorcycle, and wait for the green crossing signal at crosswalks (well, sometimes) But what is increasingly true in every aspect of our lives, from Stupid Little Cars right up into government regulations, is the more power we cede, the less power we have. As the dude on the $100 bill said, “Don’t be too quick to give up liberty for safety or you may end up with neither, stuck in 1 inch of snow and having to call your wife to drag you out at 6:30 in the morning before anyone has had coffee.”  (Ok, probably not a direct quote, but you get the idea.)

All of which brings me to my point. I love the industry I am in. At BatteryStuff.com we provide batteries for everything from boats to motorcycles to traveling Snowbirds in their off grid RV’s roaming the countryside. The one thing all these have in common, each and every one, is that they scream independence, yell freedom and put the user in charge. Liberty machines, they are. They inherently give you more control. In fact they demand it. The point is that when you partake in these activities you not only assume the risk, you do so with a smile and a wave!

So, take control. Be your own boss. Go for a ride, launch the boat, go Rv'ing! Don’t shun risks at the expense of liberty. Don’t give away all control at the altar of safety. And remember, If your liberty machine has a dead battery, you cannot assume that precious control -you can but sit in your garage making car noises.  Which, by the way, your wife might frown upon. Again, ask me how I know. BatteryStuff.com; Keeping Liberty alive with Batteries, Chargers, Jump Starters and Solar.

More power to ya!

1 people commented,
This article is rated out of 5
Read blog in RSS news reader with RSS. Read blog using Feedly